At RumJungle Media, we combine the art of storytelling with the latest technology to provide comprehensive video production services. From live anchor remotes with satellite uplink to multi-camera concert productions and corporate communications, our award-winning crews go above and beyond to bring your vision to life.

RumJungle is an excellent one-call solution for any video need requiring a fast, experienced, knowledgeable and "all-in" response... from shooting to production to up-linking.

Peter and his crew can handle production soup to nuts. They know what they are doing and in addition, are fun to work with!

What an awesome and talented group of people. Unbelievable they are based locally!

News coverage in the Midwest portion of the United States is very competitive. We have found that ABC is better off working with the folks from RumJungle than competing against them. ABC executives wanted all our best people working on our highly successful Millennium special. One of the major remotes that was seen around the world was a Chicago based event. We had RumJungle people drive in from Minneapolis eight hours away because we wanted the best working on this program.

I can't say enough how much our crew appreciated his work and RumJungle's quick response to help us get it on the air.

I’m not even sure I can visualize a 12-foot snow drift let alone figure out how to find a front loader to lead me through a sheriff-ordered-closed-interstate in search of a car invisible to the eye buried under snow in place called Webster, South Dakota. But a guy named Peter Norton did ALL of that for NBC News. And he got the story. And he got it back. And it made the air. RumJungle is deserving of our thanks. What an incredible effort on our behalf.

I want to thank you for all your hard work and support. We make a pretty great team. The response has been amazing. Everyone loved the show. Everyone wanted to know how we got inside. We just reply, “our mates got us in.” I look forward to the next story with RumJungle.

RumJungle's Kyle Gallagher behind the lens and John Hansen on audio catch up with Minneapolis inventor Ted Christopher, the man behind the Volturnus turbine. Credit to Innovation Nation with Mo Rocca

RumJungle's Kyle Gallagher on camera and John Hansen on audio sat down with St. Paul's own Garrison Keillor to chat about his final performance with the Prairie Home Companion. Credit to CBS Sunday Morning. 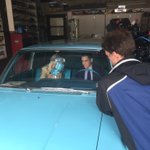 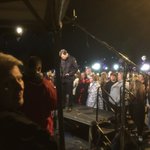 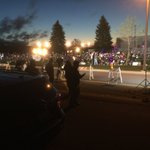 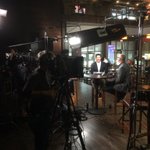 Always the adventurous spirit, Peter Norton traveled from his native Melbourne to Minnesota for love. As a one-man-band with a Sony Betacam, he founded RumJungle Media in 1992. In the 25+ years since, Peter's work has garnered an Edward R. Murrow Award, a Telly Award, 5 National Emmy Awards and more. His passion for the industry has led RumJungle to where it is today: a full service production company with the capacity to supply several talented camera crews, two satellite trucks and an outstanding support staff with you every step of the way.