We combine our technical skills in video production with our intuition as creatives, to produce videos that showcase your brand or product with precision. Our in-house heads of departments direct every step of our process, from pre-production through post-production, while tapping into a close-knit network of reliable crew.

I wholeheartedly recommend them!

Working with the Flightless Bird Creative team for our animated explainer video was a fantastic decision for my business. From discussing the idea of the video to making final edits, the entire team was fantastic. They were extremely responsive, attentive to detail, took time to understand my vision, and brought great ideas to the table. I wholeheartedly recommend them and I am excited to work with them again.

We contracted with Kevin Conway and his team to do a promotional video for an elevator pitch competition. They did a fantastic job on the project. I have had many people tell me that they love the video. It was high quality and also very funny. Kevin and his team also put together a tribute to the person whom the event is named after, Eric Rego. Eric tragically passed away several years ago. The tribute that Kevin and his team did was tasteful, professional, and most importantly, inspirational.

I had the privilege to work with Flightless Bird Creative for nearly 6 months in producing a couple of videos to promote the Eugene J. McCarthy Center for Public Policy and Civic Engagement, an endowed Center named after the late Senator, serving the College of Saint Benedict and Saint John's University. This year the Center sponsored the McCarthy Centennial Celebration, which honored what would have been the late senator's 100th birthday and we sought the creative minds at Flightless Bird and commissioned two videos that highlight the work that the Center does in order to continue the legacy first established by the late Senator. Kevin and his team were outstanding to work with, taking our goals and ideas and simplifying them into a beautifully created video for our Center. I was impressed by his flexibility, fast production and patience with our ideas. The final result left us with two exceptional videos, which accomplished exactly what we set out to do. I cannot recommend Flightless Bird Creative enough. They truly helped us honor one of our nation's greatest political leaders.

I'm happy with the progression of accomplishment that my project has received with Kevin at Flightless Bird Creative.

Kevin and his team were awesome to work with. Every request made was met with "sure we can do that". That's what every client wants to hear. I highly recommend Flightless Bird Creative for your next video production.

Very happy with the corporate film produced by the Flightless Bird team, which we used for internal management communications. They are a young group but professional, responsive, and delivered our documentary-style film on time and on budget, particularly with international travel to Paris and a tight turnaround. The final response to the film after circulation was very positive. 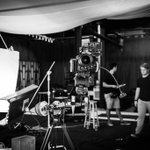 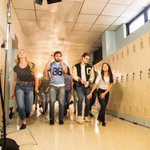 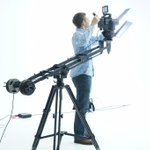 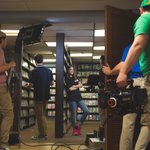 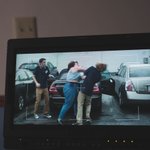 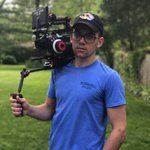 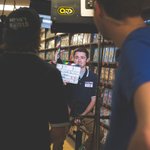